Joel Berger alone in the Arctic

Approaching the musk oxen dressed as a polar bear. The white gloves designed for the costume weren't thick enough to handle the cold, so Berger was forced to wear a thicker red option.

Joel Berger-WRANGEL ISLAND MAP
The location of Wrangel Island in the Arctic.

Joel Berger-Northern lights over the camp on Wrangel Island.

JOEL BERGER grew up in Los Angeles but left for deserts and mountains once possible.  He has concentrated on animals larger than a bread box which have included iconic endangered species and far lesser known species.  Among them have been black rhinos and wild yaks, Andean mountain deer and the Mongolian saiga.   His work has taken him to extreme heights in the Himalayas, and the most northern and southern land masses in the world; where he has studied takin in Bhutan and continues with muskoxen in the Russian and Alaskan Arctic.  Joel targets not only extreme species at the edges of the planet but questions about climate change and habitat loss, including in species in the USA’s backyard – bison, pronghorn, and mountain goats.   Berger’s work has been supported by the Guggenheim Foundation, Smithsonian, National Geographic, the National Science Foundation, and various other federal or state agencies.  His prior books have dealt with biodiversity conservation and concentrated on topics like predator-prey and fear in the animal world as well as rhinos, moose, and horses.  His latest book, ‘Extreme Conservation – Life at the Edges of the World’ will be out in summer 2018.  Joel is a senior scientist for the Wildlife Conservation Society, and the Barbara Cox Anthony University Chair in Wildlife Conservation at Colorado State University

Scientific American: This is What a Russian-American Expedition Looks Like:
NPR Video:

Silent Soldiers and Why It’s Good NOT to BE a Wild Yak:
Special Report – Future of Conservation: To Understand the Elusive Musk Ox, Researchers Must Become Its Worst Fear (Smithsonian):
Scientist at Work (The Conversation):
Russia Conservation, Hope, and Geo-Politics (US News and World Report):
Cashmere and Conservation (Forbes):
Dogs are Man’s but Not Wildlife’s Best (Washington Post): 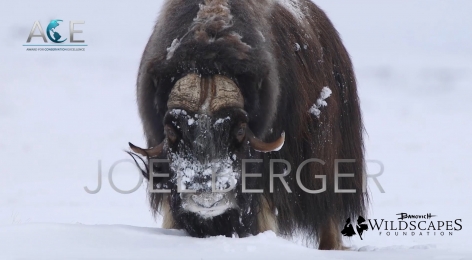 The Indianapolis Prize is given every other year to an individual who has made extraordinary contributions to conservation efforts involving a single animal species or multiple species. 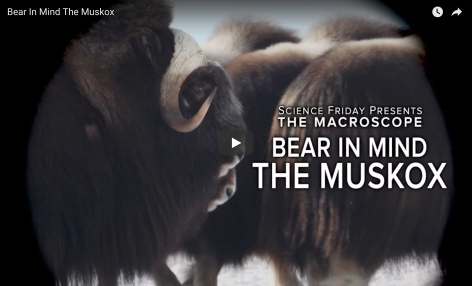 Muskoxen are not the only charismatic creatures perfectly suited to the wind-blasted, tundra of the Alaskan Arctic. Meet Joel Berger, Wildlife Conservation Society senior scientist, Colorado State University professor—as well as expert on hoofed mammals. In addition to gathering photos to track how fast muskoxen are growing, Berger conducts a seemingly hazardous test: He dresses up as a grizzly bear, approaches the herd, and gauges their reactions. Berger uses this unusual technique to find out whether the presence of more male oxen makes the herd safer from bears.